This lecture will examine the great houses of England like Highclere Castle (famous as the setting for Downton Abbey) during the Edwardian Age, looking at life both upstairs and downstairs, and how it related to the creation of a similar mise-en-scène in America.  From gilded ballrooms and voluminous gowns to the scullery and the coal cellars, there has never been anything quite like the great Edwardian country houses. 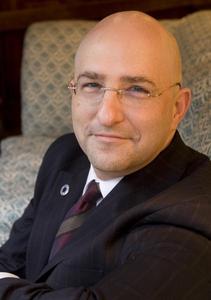 Mr. DiCamillo is an American architectural historian and a recognized authority on the British country house. He has written and lectured extensively in the U.S. and abroad on the subject regularly led scholarly tours that focus on the architectural and artistic heritage of Britain and its influence around the world.

In recognition of his work, Curt has been presented to the late Queen Elizabeth The Queen Mother and The Prince of Wales.

Before going into private practice, Curt served for eight years (2004-12) as Executive Director of The National Trust for Scotland Foundation USA, based in Boston, where he was responsible for raising over $6 million for the Trust (he currently holds the position of Executive Director Emeritus). Previously he worked for 13 years for the Museum of Fine Arts, Boston.

Marjorie Merriweather Post maintained multiple residences within the great estate tradition, balancing a lavish entertainment schedule, magnificent gardens, and a fine collection of art at each home. Join Estella Chung, exhibition curator, and a host of distinguished speakers to embark on a fascinating study of the management of great estates from Gilded Age to Edwardian Era England to mid-century Europe and America.

Thursday, October 17:  The Rothschilds at Exbury, by Michael Hall