The Luxury of Clay: Porcelain Past and Present

Enter a world of opulence and reinvention, and explore the journey of hard-paste porcelain, through the finest examples of vases, teapots, figurines, services, and more.

Hillwood founder Marjorie Merriweather Post valued porcelain objects for their beauty, exquisite design, and historic associations. While most were crafted for specific uses, these items are valued objects in their own right. Featuring more than 140 objects, the exhibition will trace the remarkable development of porcelain, from its origins in China to its discovery in Europe in the early 18th century, leading to contemporary artistic interpretations of this material. 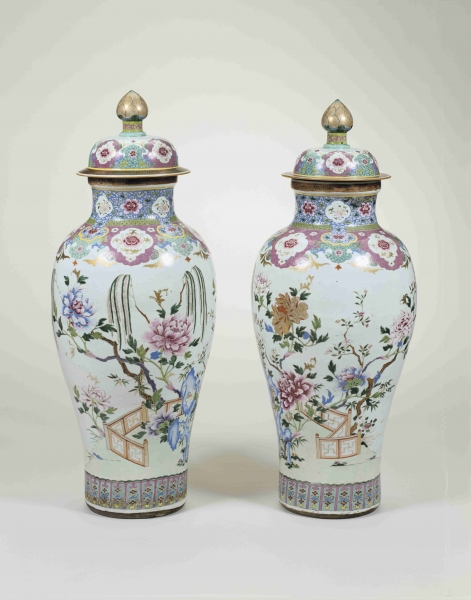 Often referred to as “white gold,” due to its natural color and high value, porcelain was originally produced by China in the 9th century. The exportation to Europe by the Portuguese and Dutch in the 16th century created a vast demand for these goods, heretofore unknown outside of Asia. The recipe for porcelain remained a mystery in Europe until the early 18th century, when the Meissen Manufactory in Saxony discovered the essential ingredient, kaolin, a soft white clay. From there, the secret traveled throughout Europe, to Vienna in 1718 under Claudius du Paquier and nationalized in 1744 by Empress Maria Theresa; to Saint Petersburg, Russia, in 1744 at the Imperial Porcelain Manufactory following Peter the Great’s visit to Saxony; to Berlin in 1763 at the Royal Porcelain Factory (KPM); and finally to France, at Sèvres in the late 1760s.

With each new discovery came innovative colors, styles, and shapes, distinguishing factories from one another as each developed specialties. Moving chronologically through time, the exhibition will demonstrate how the discovery of this material in Europe shaped the luxury market and how the porcelain craze left a lasting impact on the art world. 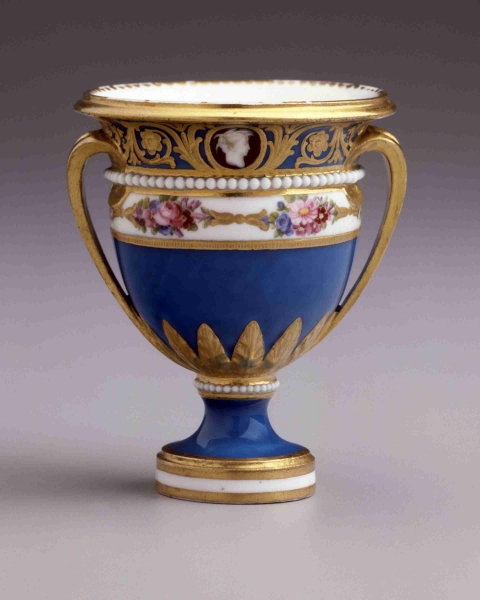 Marjorie Merriweather Post had an eye for beauty and a taste for exquisitely crafted objects when creating her collection. Beginning with Sèvres soft-paste porcelain, which she purchased in the 1920s-1960s, Post established herself as a cultivated and discerning collector of porcelain, later turning her attention to the collections of the Habsburg court and then acquiring Russian porcelain services during her time in the Soviet Union (1937-38), particularly diplomatic gifts and international commissions between Western European and Russian factories. At Hillwood, Post built the French and Russian porcelain rooms to house these treasures, displayed in special cases for all to see. Though Hillwood’s renowned collection of Sèvres was previously explored in the 2009 exhibition Sèvres: Then and Now, this is the first exhibition at Hillwood to investigate the full scope of her porcelain holdings.

New Contemporary Work in the Mansion

The historical objects will be complemented by a selection of modern-day examples. Drawing inspiration from examples from China, Germany, France, and more, contemporary artists such as Bouke de Vries, Cindy Sherman, and Roberto Lugo have continued the tradition of using porcelain to create beautiful works of art, and their pieces will appear throughout the exhibition. Hillwood invited Chris Antemann to create new works to present in the dining and breakfast rooms in the mansion. In collaboration with Rebecca Tilles, curator, Antemann's research led to large-scale porcelain centerpieces for the tables inspired by elements from the garden and collections at Hillwood. Additional works by Roberto Lugo and Eva Zeisel will be displayed in the entry hall, French porcelain room, and French drawing room.

The Luxury of Clay: Porcelain Past and Present is supported by The Marjorie Merriweather Post Foundation, Ellen MacNeille Charles, Ms. Nedenia Rumbough and Mr. Jan Roosenburg, Phyllis and Glenn Gerstell, Linda and Bill Goldman, Buck and Sally Chapoton, Jacqueline and Rene Copeland, Kathy Durdin, Jocelyn Linke, Dr. and Mrs. Michael J. Petite, and David and Carolyn Stanford. All exhibitions and programs are funded in part by the U.S. Commission of Fine Arts through the National Capital Arts and Cultural Affairs program. This project is supported by the DC Commission on the Arts and Humanities and the National Endowment for the Arts.