Explore the history of Black Americans in the Soviet Union through a compelling portrait of an artist. 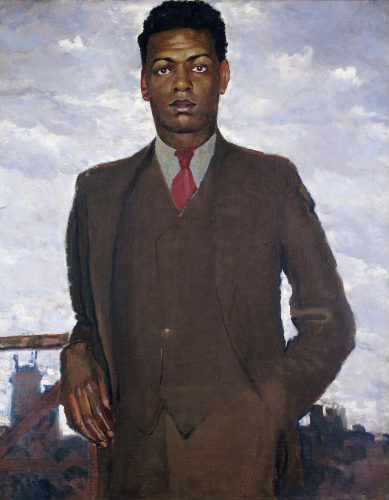 In 1932, artist Lloyd Walton Patterson (1910-1942) traveled to Soviet Russia with other Black Americans to participate in Black and White, a Soviet-German film intended to highlight the pervasive racism in the United States. While most of the group, including prominent figures such as Langston Hughes (1901-1967) and Louise Thompson (1901-1999), returned to the United States after the project was cancelled, Patterson remained in Moscow, leading a remarkable life in his new country.

The compelling portrait of Patterson is now on view at Hillwood as part of a long-term loan. Displayed alongside works from Post’s collection, it provides a new dimension to Hillwood’s collection of Russian art, illustrating the diverse stories and experience of Black people in imperial and Soviet Russia.

Portrait of Lloyd Patterson is a long-term loan from Andrew Leddy, who purchased the painting from a Moscow antique shop in 1992, and will remain on view until 2023.

Connect with other LGBTQ+ families in Hillwood's urban oasis at

Explore the cutting garden, discuss the language of flowers, and