The dining room was designed with furnishings from a variety of times and places to achieve a grand appearance. The French early eighteenth-century oak paneling, featuring rococo motifs such as billowing scrolls and graceful long-tailed birds, sets a lively tone for the room. Four large Dutch paintings of hunting scenes on the walls add a stately touch, and a nineteenth-century Aubusson carpet, a gift from Napoleon III to Emperor Maximillian of Mexico, graces the floor. A pair of stunning Empire-style lapis lazuli and gilt bronze candelabra, an eightieth birthday gift to Post, frame the fireplace and add to the luxurious atmosphere.

The crown jewel of the room is the table. This magnificent piece, with a mosaic top containing eleven different stones, sat up to thirty guests. Commissioned in 1927 from the most celebrated hardstone workshop in Florence—the Opificio delle Pietre Dure—the table was originally designed for Mar-A-Lago, the lavish Palm Beach estate Post built with her second husband, E.F. Hutton in 1927. A provision in her will called for its move to Hillwood following her death.

Today, table settings in the dining room and the adjacent breakfast room change with selections of porcelain, glass, and flatware from the extensive collection of French, Russian and other historic services from around the world. Visitors are treated to a different look in the rooms three to four times per year. Carefully chosen vignettes evoke the season, reinterpret a special exhibition, or re-create one of Post’s grand dinner parties.

As in Marjorie Post’s time, the floral arrangements in the dining room and throughout the house come primarily from Hillwood’s cutting gardens and greenhouses. Hillwood’s horticulturists and floral designers often create modern-day variations of arrangements based on photographs of the floral designs found in the rooms during Post’s years at Hillwood. 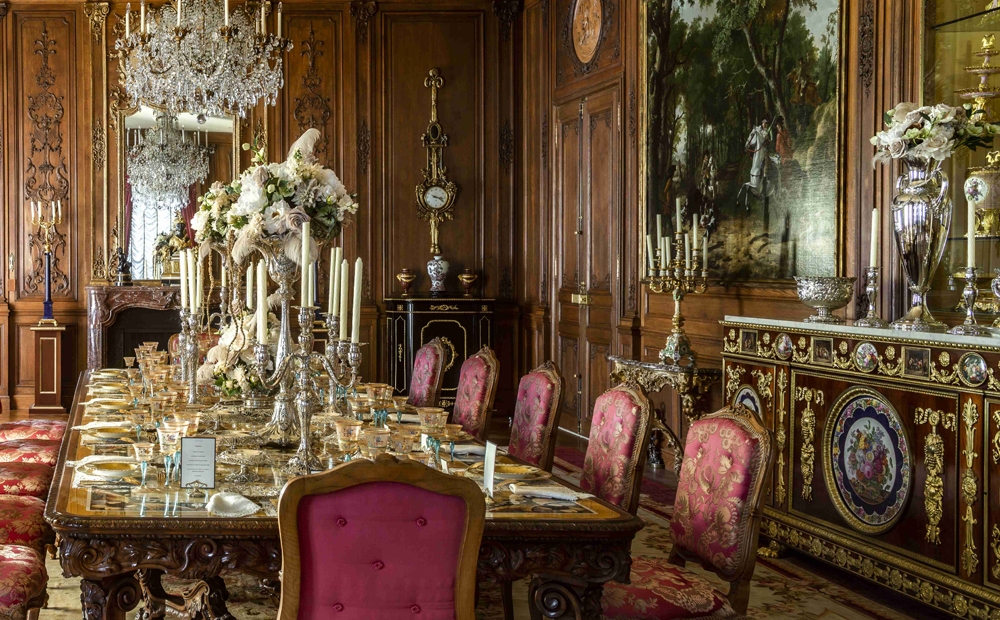 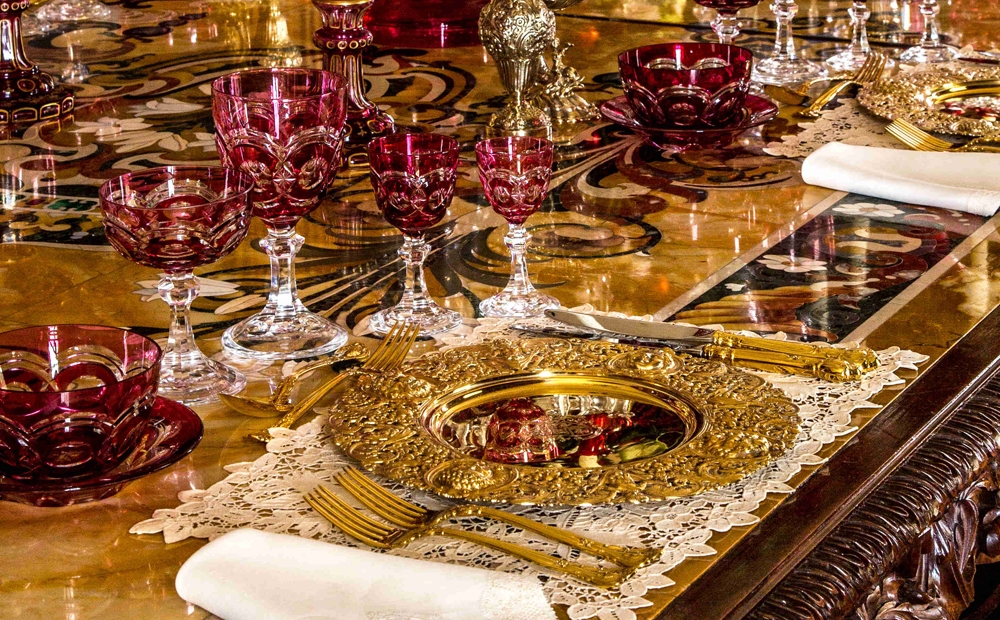 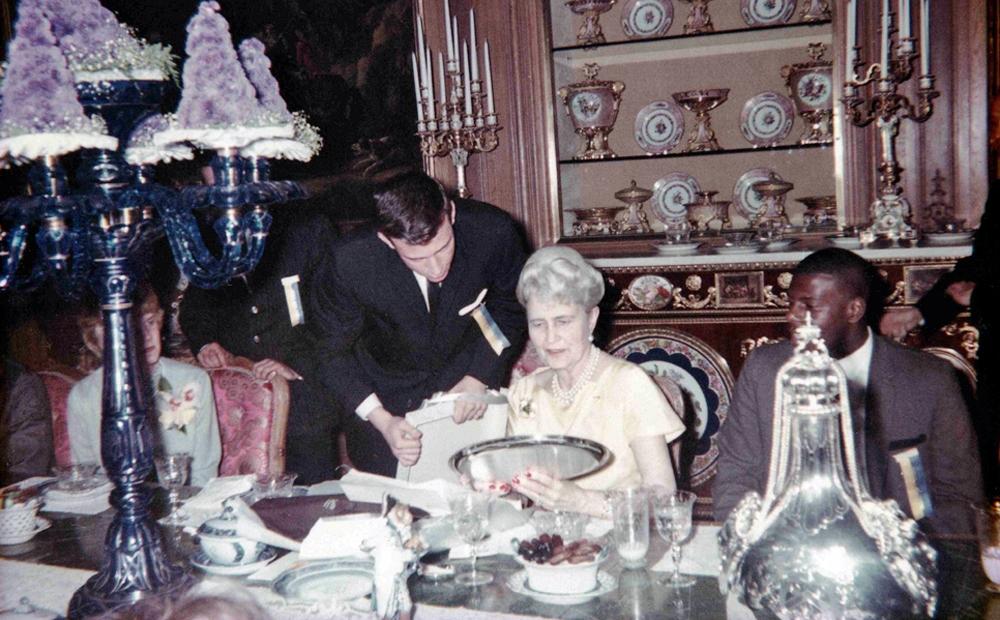 Marjorie Post entertains students in the dining room in 1964. 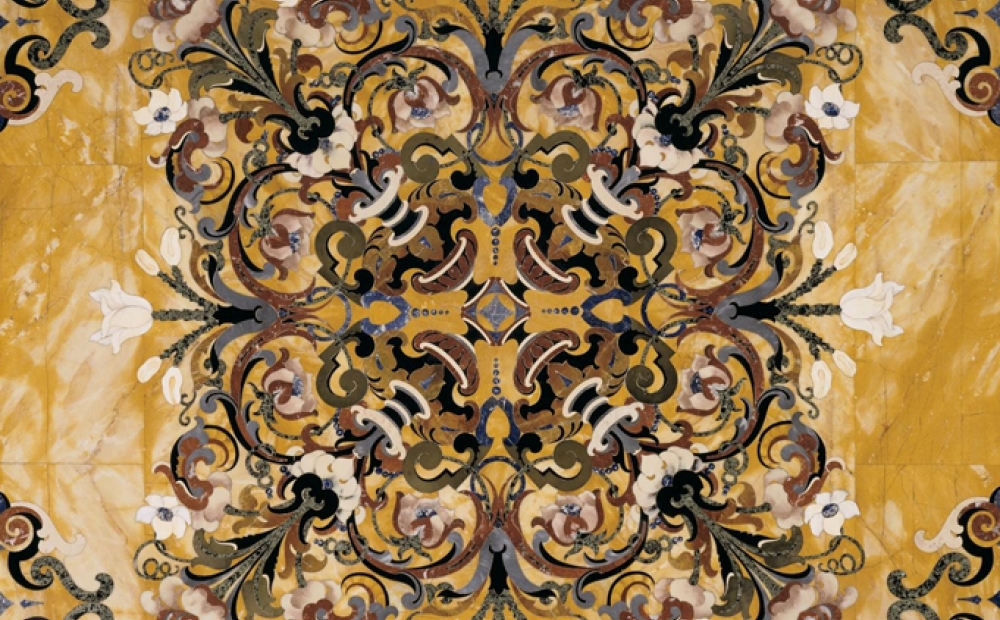 Detail of the table 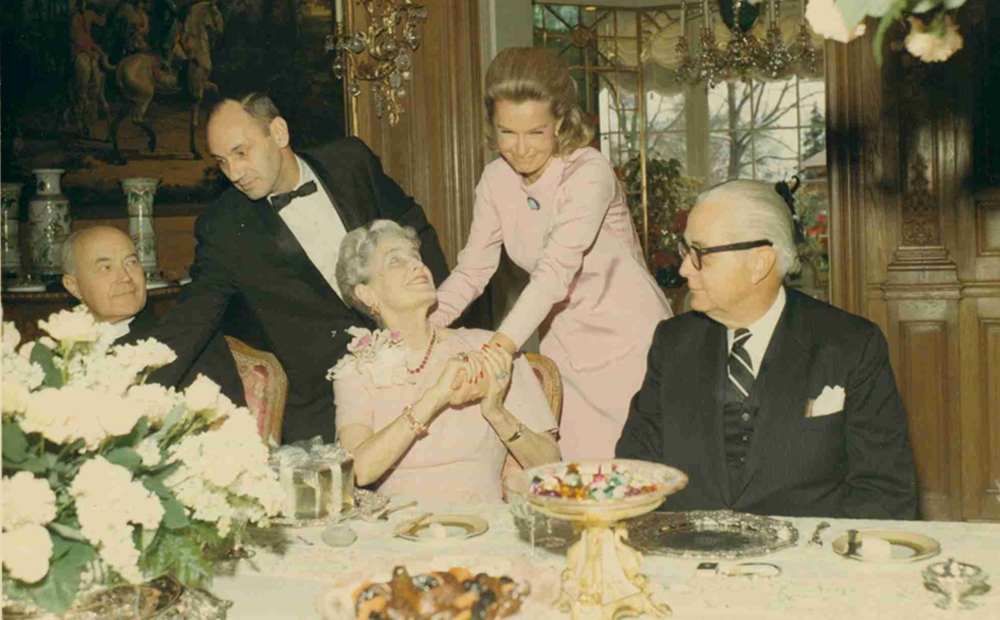 Marjorie Post hosted the reception for the marriage of her daugther, Dina Merrill, to the actor Cliff Robertson. 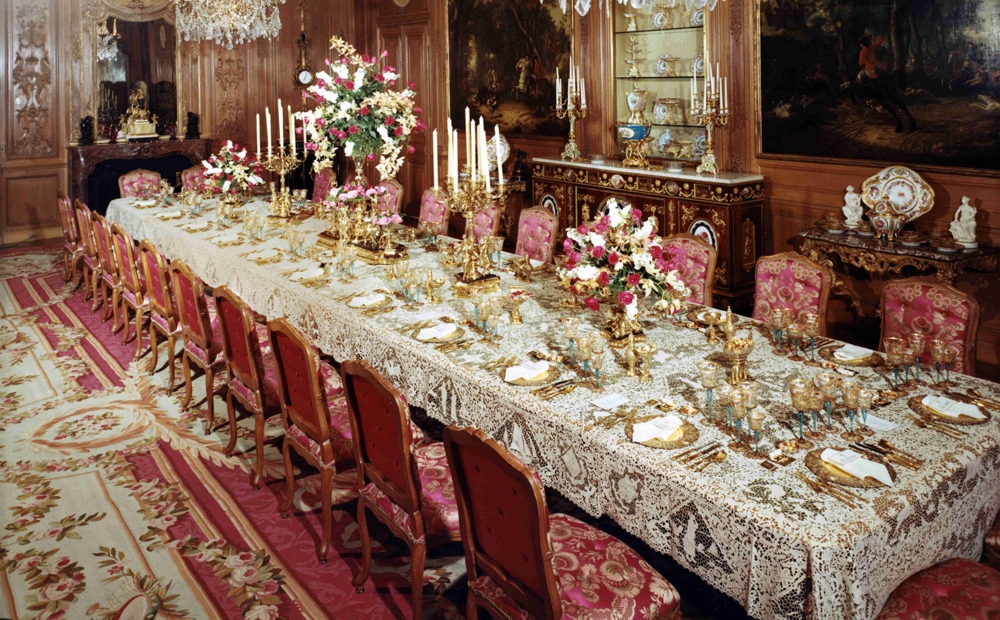 Archival photo of the dining room