Friends and Fashion: An American Diplomat in 1820s Russia

Focusing on forty-five portraits from an album assembled by the family of politician and statesman Henry Middleton, this special exhibition paints a captivating picture of diplomatic life in early nineteenth-century St. Petersburg. The intimate portraits, along with objects, images, and publications selected to complement them, offer an exploration into a number of themes, including Henry Middleton's posting in St. Petersburg and the historical events surrounding his time there, the family’s social life in Russia, the artistic traditions of the period, and the elaborate fashions and hairstyles of the day.

Hillwood acquired the Middleton album in 2004 and had it conserved in 2015. Friends and Fashion marks the first time this fascinating object has been publicly presented in its entirety.

From South Carolina to St. Petersburg 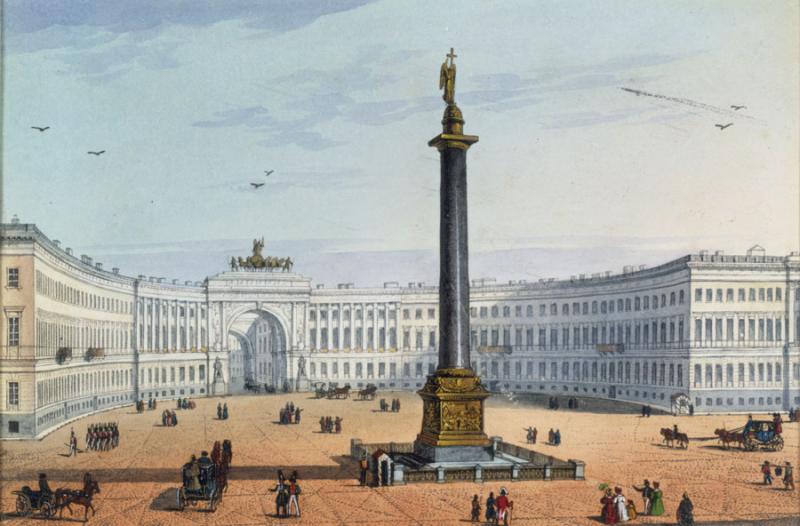 On September 20, 1820, Henry Middleton—along with his wife, Mary Helen, the six youngest of their ten children, and at least two servants—embarked on a nearly two-month-long journey to Russia, where Henry would become Minister to Russia. A planter and political leader from Charleston, South Carolina, Middleton was well-suited for foreign service. His grandfather had served as the president of the First Continental Congress and his father and an uncle both signed the Declaration of Independence. Middleton himself was a member of South Carolina’s House of Representatives, governor of South Carolina, and a member of the U.S. House of Representatives.

As a diplomatic family, the Middletons found life in St. Petersburg to be extremely engaging. In addition to balls and receptions, the diplomatic corps and Russian nobility entertained on a grand scale, hosting concerts, dances, and theatrical performances. Much of what is known of the family’s time in Russia comes from daughter Eleanor’s detailed social diary as well as from letters Mary Helen wrote to her younger Middleton children left in the care of family in England. Eleanor's diary and her mother's letters include detailed descriptions of an array of activities. In addition to the balls, banquets, and receptions, there were walks in St. Petersburg’s public gardens, boating parties to outlying palaces and parks, parades, and military reviews.

The watercolor and gouache portraits on view for the exhibition were originally assembled in an album that documents the family’s time in St. Petersburg and the people they met through their diplomatic and social engagements.

Watercolor portraits were popular as a way to preserve meaningful images of family and friends. Prominent figures commissioned well-known artists to paint their portraits and often requested copies as gifts for the sitter’s family and friends. Sometimes, lesser-known and amateur artists copied professional works for themselves and others. The portraits in the Middleton album combine both, with two portraits by the well-known portraitist Petr Sokolov (1791-1848). The Middleton family has long believed that Henry’s oldest daughter, Maria Henrietta, painted many of the album's portraits. Research conducted for the exhibition confirms this is a reasonable assumption, with letters and other family papers referencing her hobby. 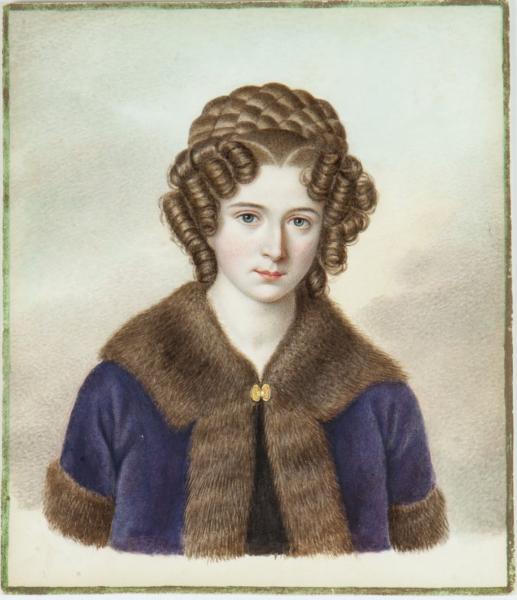 Like our social media platforms today, the collection of watercolor portraits was an opportunity to capture the fashions of the day. The Middleton album captures the trends that were popular from around 1820 to 1850, when romanticism was in style. Romantic fashions—with their dramatic profiles of full sleeves, wide necklines, puffed skirts and tightly corseted waists—evoked history and the poetic, in embracing prettiness. While a few of the women in the Middleton album wear the simple, high-waisted gowns of the waning empire or regency style, the majority of them are dressed in the latest fashions from Paris—the exaggerated, hourglass silhouettes of the emerging Romantic era. Some of the portraits feature the exotic turbans made of twisted silk, satin, and velvet scarves that became popular in the early 1820s. Others feature the romantic bonnets with lose ribbon ties and vast, wide-brimmed hats that gradually replaced the turban.

When not covered by a hat, ladies’ hair was elaborately styled, with curls covering the temples and large coils or ringlets hanging down the back.  Portraits from later in the decade document tresses that were arranged high on the head in extravagant styles, often supplemented with wire and hair pieces and decorated with ribbons, flowers, feathers, combs, or other additions like metallic sheaves of wheat or arrows. The most fashionable hairstyle was the “Apollo Knot,” a high, looping coiffure that tended to lean to one side. Another popular hairdo was the “Madonna,” a center-parted style with ringlets at the crown and temples. Such gravity-defying styles were set with pomades made from animal fats scented with fragrant oils to mask the stench of the lard as it turned.

Men’s fashions are also on display, highlighting the pinched waists and broad, padded sloping shoulders and curvy hips—much like the women’s styles. Their hair is cut fashionably short and sideburns and occasionally mustaches were worn by those in military service.

The Story of St. Petersburg

With its many ties to Hillwood, including the celebrated Russian imperial collection and its founder’s history of diplomacy, the Middleton album made a perfect addition to the collection. In addition to portraits from the album, some of these celebrated objects from the collection, including prints, porcelain, glasswork, and enamels, are also on view in the exhibition to elaborate on life in 1820s St. Petersburg and the world of international diplomacy.

Friends and Fashion: An American Diplomat in 1820s Russia will be the inspiration for an array of programs and events throughout the presentation of the exhibition.

An opening celebration, Soirée Diplomatique, on Thursday, February 14, will celebrate the magic and sophistication of the courtly and diplomatic life in 1820s Russia.

Lectures and other programs will further explore the intimate portraits and the lives they captured.

This summer, unearth the boundless beauty of the cutting garden