Marjorie Merriweather Post’s youngest daughter, Nedinia Marjorie Hutton, known professionally as “Dina Merrill” began her career as a fashion model working for Vogue during the 1940s and 1950s. Frequently working with photographers John Rawlings and Richard Avedon, Merrill appeared in countless editorials and features throughout her life. As a film actress, Merrill was dressed by top costume designers including Helen Rose and Charles Le Maire. Later, Merrill entered the beauty and cosmetics industry with a vested interest in creating products for others suffering from sensitive skin. Though she adhered to a simple idiom: “I like clothes that I wear—that don’t wear me,” Dina Merrill remains entwined with twentieth century Fashion as she epitomized American elegance and ease in her public wardrobe. 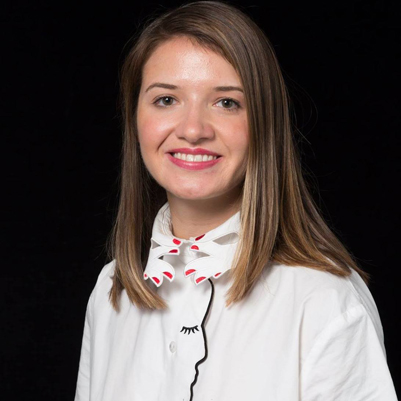 Megan Martinelli Campbell became Hillwood’s assistant curator of apparel, jewelry, and accessories in January 2018. Previously, Megan was a research assistant at The Metropolitan Museum of Art’s Costume Institute, where she contributed to internal object assessment research and assisted with exhibitions including “China: Through the Looking Glass” (2015) and “Manus x Machina: Fashion in an Age of Technology” (2016). Before joining the Met, Megan curated an exhibition titled “The Other White Dress: Non-Wedding Dresses of the Twenty-First Century” (2014) at the University of Rhode Island’s Historic Textile Gallery and contributed to “Artist, Rebel, Dandy: Men of Fashion” (2013) at The RISD Museum of Art.  Megan holds a MS in historic textiles and costumes from the University of Rhode Island and a BA in English literature from Providence College.