Recently opened to the public for the first time in over thirty years, this second floor guest room differs dramatically in style from the other spaces in the mansion. Dominated by a massive Chippendale bed, the walls are adorned with six nineteenth-century pictures of English ships embroidered with wool thread known as “sailor’s wools.” An American tambour desk—a desk with desktop drawers and pigeon holes—made in New England in the early 1800s, completes the room’s less formal atmosphere.

A Frank Salisbury portrait of a young Nedenia Hutton (better known by her stage name, Dina Merrill) hangs to the left of the entrance. She is known to have stayed in the English bedroom at least once when visiting her mother’s Washington residence. 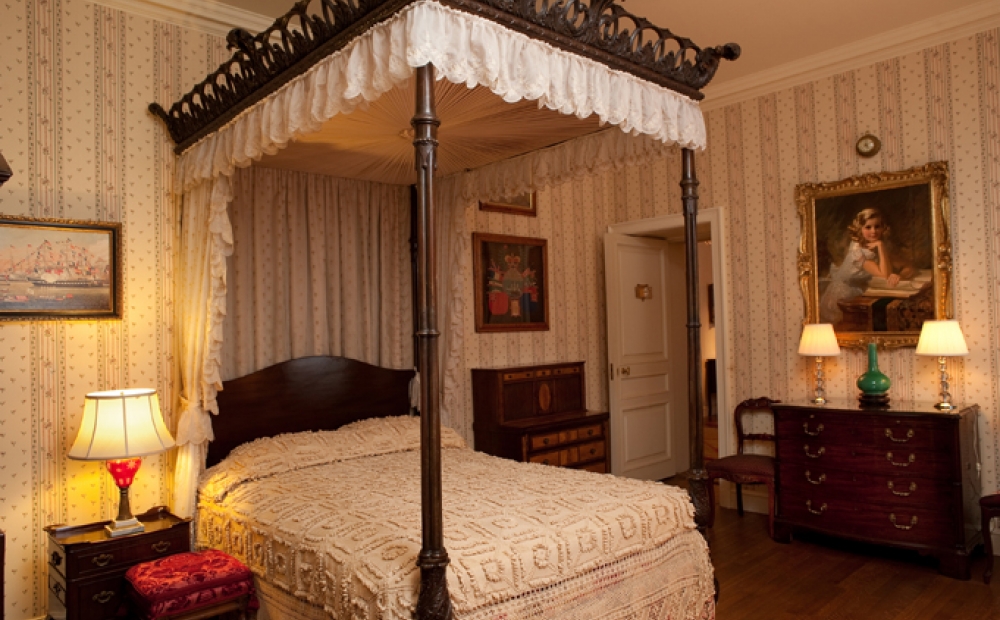 Virtual Floral Design How-To | From the Garden to Your Vase

“My garden is my most beautiful masterpiece.” – Claude Monet

BEAUTY with the Dance Institute of Washington

Spend a beautiful summer evening in Hillwood’s gardens, picnic on