This is the first program in the Great Homes and Gardens lecture series. 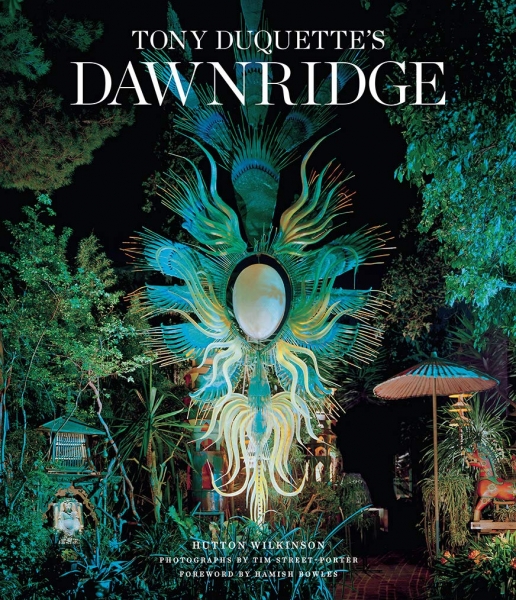 Explore the legendary home of designer Tony Duquette, Dawnridge. Located in Beverly Hills, it is one of the most creatively designed private homes in America. Built in 1949 by Duquette and his wife, Elizabeth, the original structure was a modest thirty foot-square box. This lavishly illustrated talk features the home’s original rooms and modern reincarnation under Duquette’s successor, Hutton Wilkinson. Since 1999, he has breathed new life into the estate, broadening the property, adding houses of his own design, and incorporating remarkable objects designed and created by the Duquettes.

Los Angeles native Hutton Wilkinson grew up in his father and grandfather’s architectural offices. At the age of eighteen, he apprenticed with great American design icon Tony Duquette. He became a paid assistant, eventually starting his own design firm, but always worked closely with Duquette.

His residential and commercial interiors have appeared, along with his one-of-a-kind precious jewelry, in shelter and fashion magazines including Vogue, Harper’s Bazaar, Town & Country, Elle, Veranda, and The New York Times.

Wilkinson serves as is the president of the Elsie de Wolfe Foundation, dedicated to furthering the decorative arts in America, and the Anthony and Elizabeth Duquette Foundation For The Living Arts, which presents exhibitions of artistic, scientific, and educational value, and promotes and purchases the works of Tony Duquette.

He has written extensively about his friend, mentor and partner. His most recent book, Tony Duquette’s Dawnridge is available in the museum shop.

Escape Washington’s dreary February and immerse yourself the stories of extraordinary homes, lush gardens, and the people who brought them to life.