Listen for the gentle sound of the sparkling pool to guide you to the French parterre, a secluded garden room set off by ivy-covered walls.

A Taste for the Formal

Through one of the petite arched doorways, enter a world of European elegance and refinement. The French parterre—a formal garden with low intricate plantings divided by footpaths and surrounded by walls of English ivy—is designed to capture the feel of a small formal garden of the eighteenth century. 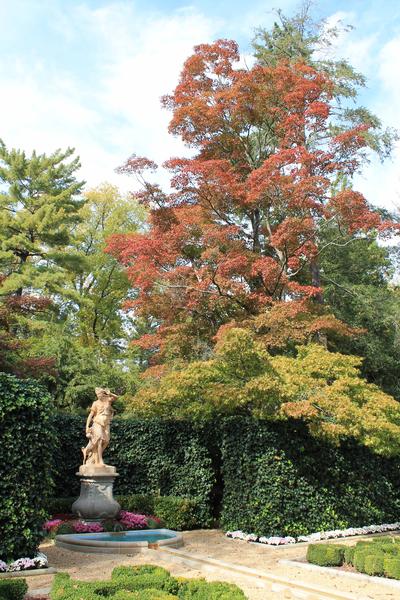 Echoing the classical symmetry and geometry typical of French garden design, the parterre is divided into four sections using gravel footpaths, channels of moving water, and a central pool lined with Italian glass tile. The English boxwood hedges are pruned into scroll patterns inspired by sixteenth-century ironwork, recalling the decoration on many of the French pieces in the adjacent drawing room and providing a magical view from above.

At one end, Diana, goddess of the hunt, seems to dash from the woods with her hound; at the other, a pair of marble sphinxes with winged cherubs on their backs adorn the terrace. Water flows from each end along hand-carved limestone rills, joining in the center pool as it arches from the mouths of a playful seahorse and dolphin.

A Room with a View

Marjorie Post had this French parterre designed in 1957 to evoke the parterre garden that rested below her bedroom windows nearly forty years earlier at her first Hillwood—the estate she built with second husband E.F. Hutton in Roslyn, on New York’s Long Island. Here at Hillwood, she had a special bay window built in her second floor bedroom suite so she could view the exquisite patterns of the formal French parterre while she wrote letters, took phone calls, and held morning meetings with her staff. Both above and below, this garden room extends the French design of the interiors nearby, further reflecting Post’s passion for the culture and luxury of eighteenth-century France. 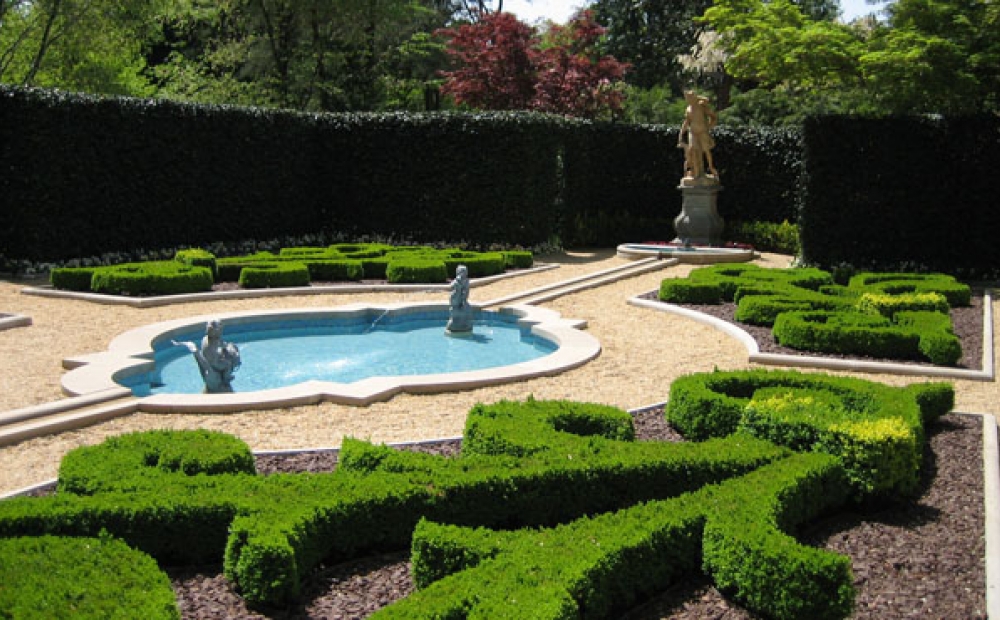 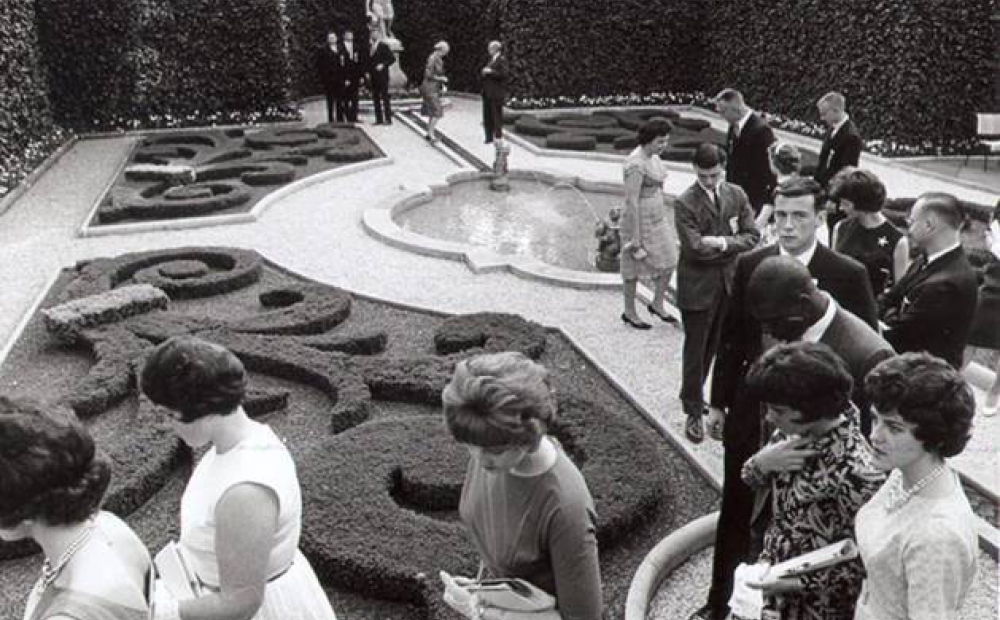 A group of students tour the French parterre in the 1960s. 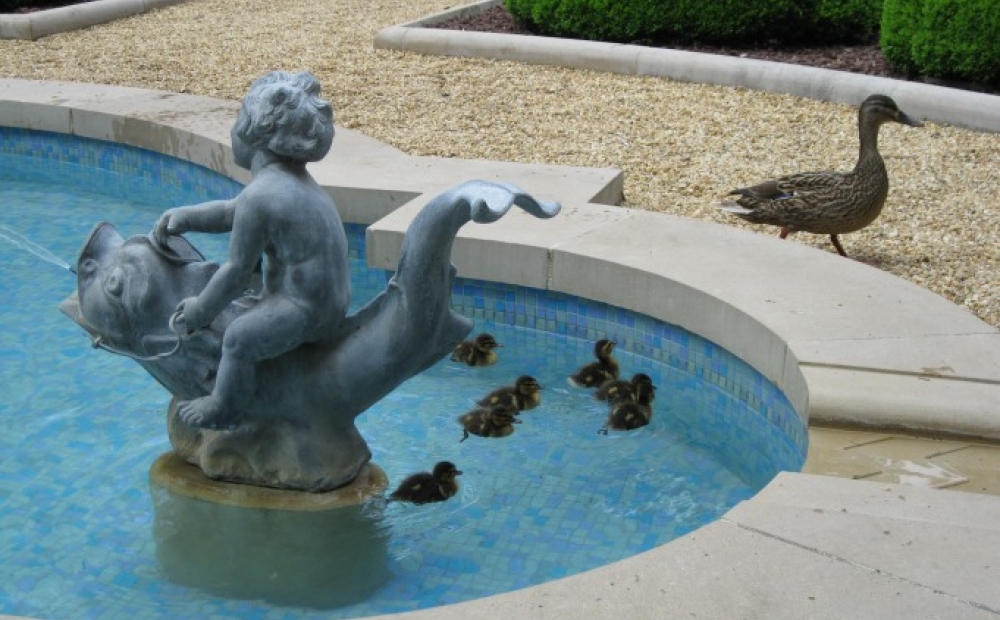 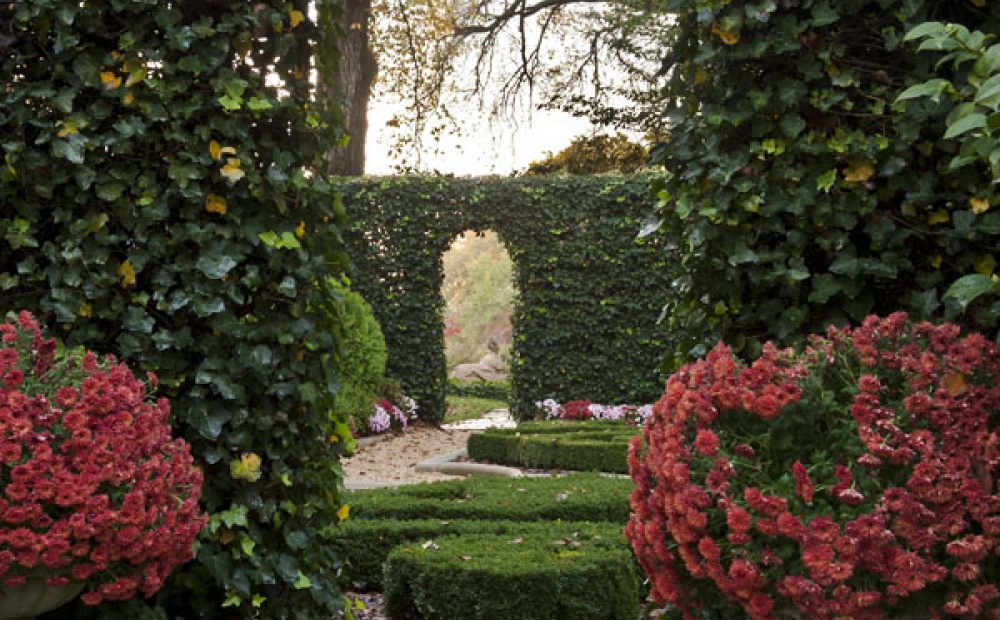 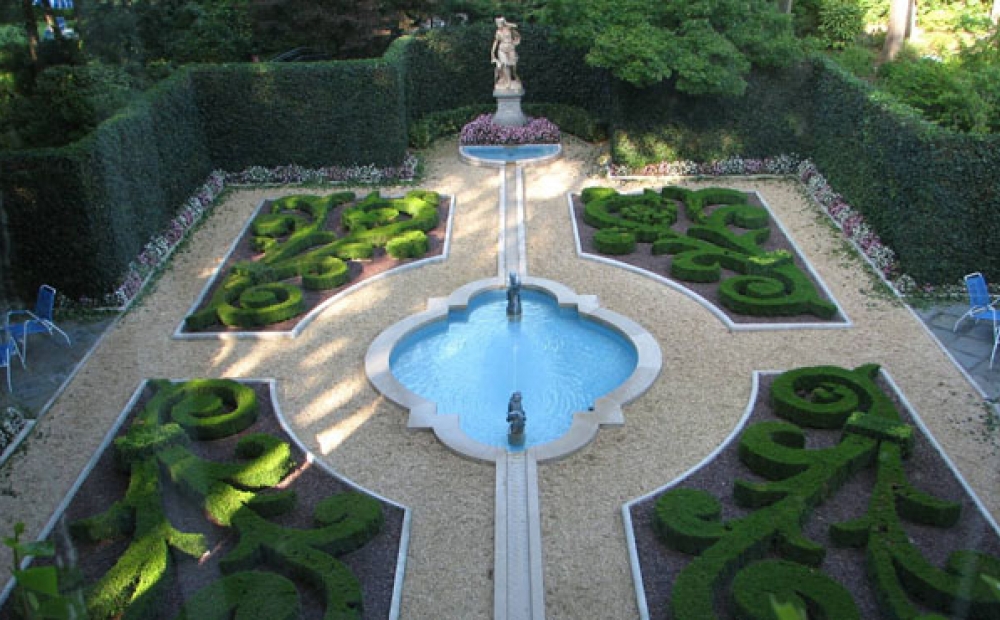 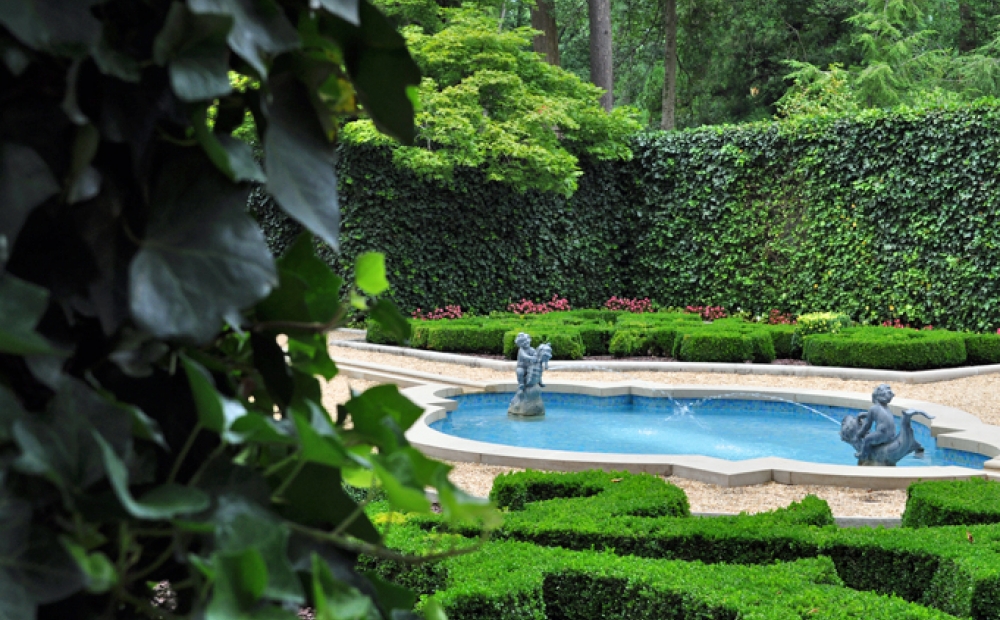