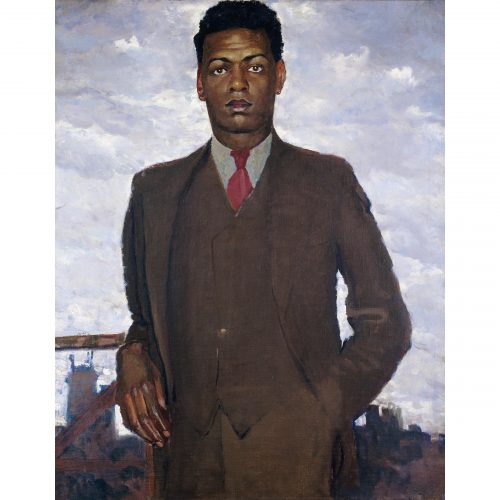 When Andrew Leddy purchased a portrait from a Moscow antique shop in 1992, the identity of the portrait’s subject was shrouded in mystery. Who was this young black man captured in a heroic and romantic light under a turbulent sky? With research and a little luck, Leddy uncovered the compelling story of its subject, Lloyd Walton Patterson.

Patterson ventured to Stalin’s Moscow in 1932 as part of a group of Black Americans who traveled to Soviet Russia to make a film intended to tell the true story of pervasive racism in the United States. While many, including prominent Harlem Renaissance literary figures and activists Langston Hughes, Louise Thompson, and Dorothy West, returned to the United States, Patterson stayed and led a remarkable life in a country so different from his native land.

Join Andrew Leddy and Hillwood chief curator Wilfried Zeisler to explore the stories behind the portrait of Lloyd Patterson, on loan to Hillwood and now on view in Hillwood’s pavilion, and their connections to the culture and politics of race in America in the 1930s.

This virtual lecture is presented live via Zoom. Participants can submit questions via the Q&A feature. Registered users will be emailed a link to join this Zoom program. To get started, please download Zoom on your chosen device and explore the Frequently Asked Questions. This program will be recorded. 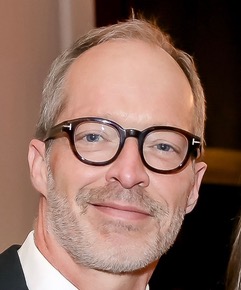 Andrew Leddy grew up in the D.C. area in the mid-1970s fascinated by the rhetoric of Cold War politics. He graduated with a BA in Russian Studies from UVA in 1982 and followed that with an MA in Russian Literature in 1986. From his first visit to the USSR in 1982 to his last, twelve years later, he witnessed life in Moscow from inside the U.S. Embassy as well as from Soviet lands far removed from the world of big cities. He deals in art and antiques and lives in Georgetown. 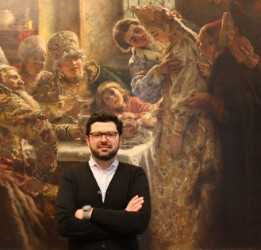 Dr. Wilfried Zeisler is Hillwood’s chief curator. He is a graduate of Sorbonne University and the Ecole du Louvre, Paris. Wilfried has written extensively on French and Russian decorative arts, including a 2010 book on French ceramics commemorating the Franco-Russian Alliance, several articles, and contributions to books such as Artistic Luxury Fabergé Tiffany Lalique (2008). Wilfried’s dissertation, L’Objet d’art et de luxe français en Russie (1881-1917) [French Objets d’art and Luxury Goods in Russia], was published in Paris in 2014. Since 2009, he has participated in and curated exhibitions in Paris, Monaco, and Washington, D.C.

At Hillwood, his most recent exhibitions were Fabergé Rediscovered (2018), Bouke de Vries: War and Pieces (2019), Natural Beauties: Exquisite Works of Minerals and Gems (2020), and The Porcelain Flowers of Vladimir Kanevsky (2021). Wilfried co-authored Konstantin Makovsky: The Tsar's Painter in America and Paris (2015), and is the author of Fabergé Rediscovered  and Vivre la Belle Epoque à Paris—Paul de Russie et Olga Paley, both published in 2018. He is currently working on two book projects, one exploring the connections between the Yusupovs and Parisian culture and the second on the collection of Hillwood’s founder, Marjorie Post (co-authored with Hillwood’s curatorial team).

Free for members and students