The Showstopping Hats of Mae Reeves with Fashion Show 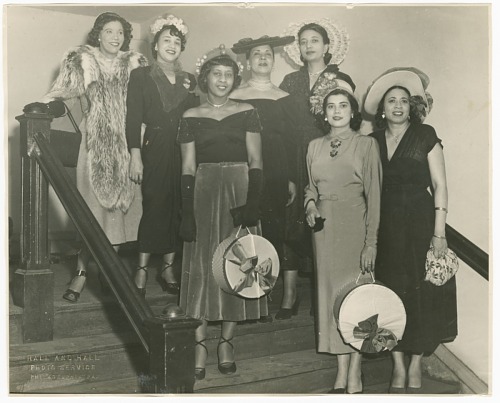 Inspired by the magnificent ensembles featured in Grace of Monaco: Princess in Dior, explore the world of Mae’s Millinery Shop, known for stunning “showstoppers” by hat designer Mae Reeves. In 1940, at age 28, Mae’s talent and drive led her to become one of the first African American women to own a business in downtown Philadelphia. For fifty years her shop was popular with women of all backgrounds, including socialites such as the DuPont family and relatives of Grace Kelly, as well as celebrities such as Ella Fitzgerald, Marian Anderson, and Lena Horne. Her one-of-a kind vintage hat collection is now preserved as a permanent exhibit at the Smithsonian’s National Museum of African American History and Culture.

Feel free to wear your favorite hat as you join Mae’s daughter, documentary producer Donna Limerick, and Hillwood associate curator Megan Martinelli in conversation about Mae’s story as a pioneer. A fashion show will be presented to showcase some of Mae Reeves’ most enduring hat designs.

This program will be presented under the tent in the C.W. Post Courtyard, and will be livestreamed via Zoom. Visitors can submit questions for the speakers from any location.

The tent will be set with both theater-style seating and four-person tables. Please note that seating is first-come, first-served.

Click here to see how Hillwood is following the latest health and safety guidance. Ticket purchasers are responsible for communicating these rules to whomever they provide tickets.

7-8:15 p.m. | Conversation and fashion show under the tent in the C.W. Post Courtyard 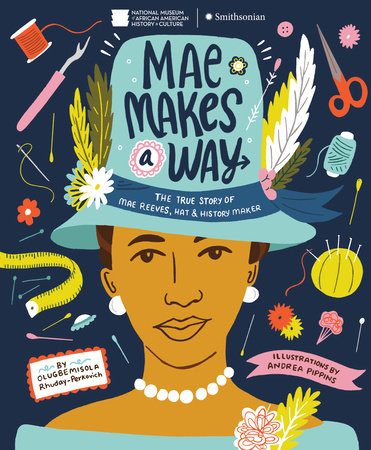 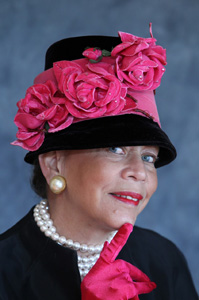 Donna Limerick is an award-winning documentary producer, with over 25 years of experience producing programs for National Public Radio. As President and Executive Producer of North Star Communications, a radio syndication company, she has partnered on projects with Ken Burns and Henry Louis Gates, Jr. Her television and radio productions include Quincy Jones, Nancy Wilson, Duke Ellington, Dizzy Gillespie, Wynton Marsalis, and other jazz masters.

She was the concert producer for “Evolution of the Blues,” written by vocalist Jon Hendricks. It debuted at the Monterey Jazz Festival in 1996 and then on to a worldwide tour featuring Jon Hendricks, Joe Williams, Diane Reeves, Abbey Lincoln, Kevin Mahogany, and trumpeter Roy Hargrove.

She is currently a lecturer/consultant with the Smithsonian’s National Museum of African American History and Culture for an exhibit about her mother Mae Reeves (1912-2016), hat designer and entrepreneur. Her clients included Ella Fitzgerald, Lena Horne, and Marion Anderson. 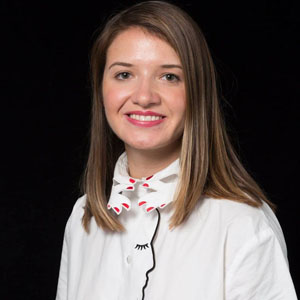 Megan Martinelli joined Hillwood in January 2018 and is the associate curator of apparel, jewelry, and accessories. She was the lead curator for the 2019 special exhibition, Mid-Century Master: The Photography of Alfred Eisenstaedt and 2021’s Roaring Twenties: The Life and Style of Marjorie Merriweather Post. Prior to Hillwood, Megan was a research assistant at The Metropolitan Museum of Art’s Costume Institute, where she and assisted with exhibitions including China: Through the Looking Glass (2015) and Manus x Machina: Fashion in an Age of Technology (2016). Megan holds a MS in Historic Textiles and Costumes from the University of Rhode Island and a BA in English Literature from Providence College.

All others courtesy of Donna Limerick.